Which nations control the materials required for renewables? Meet the new energy superpowers 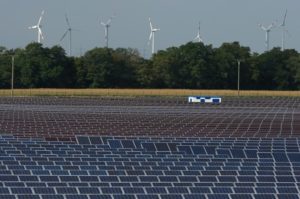 Imagine a world where every country has not only complied with the Paris climate agreement but has moved away from fossil fuels entirely. How would such a change affect global politics?

The 20th century was dominated by coal, oil and natural gas, but a shift to zero-emission energy generation and transport means a new set of elements will become key. Solar energy, for instance, still primarily uses silicon technology, for which the major raw material is the rock quartzite. Lithium represents the key limiting resource for most batteries – while rare earth metals, in particular “lanthanides” such as neodymium, are required for the magnets in wind turbine generators. Copper is the conductor of choice for wind power, being used in the generator windings, power cables, transformers and inverters.

In considering this future it is necessary to understand who wins and loses by a switch from carbon to silicon, copper, lithium, and rare earth metals.